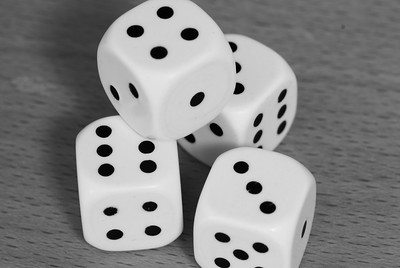 Many mine engineering analyses involve uncertainty due to variability in input variables. Examples include mine production planning analyses with uncertainty surrounding production rates and other production parameters and geomechanics analyses with uncertainty around rock properties. Simple methods can be effective in some cases but can be limiting in others. Regardless of what approach one takes it is important to focus such analyses on the most important variable(s) (i.e. those that cause the most uncertainty). In this post, I will attempt to show the relationship between input variables and uncertainty, which might help you to focus on the key variables the next time you have to do such analyses.

A version of this post was first published on the Sphinx blog in July 2012.

In most engineering analyses, we are trying to estimate some parameter,

, which is a function of several input variables,

. This could be your safety factor in the geomechanics analyses or the mining cost in mine production analyses.

In simple deterministic analysis, we use the best estimates of the input variables, usually the expected values (or means), to estimate the output. In some cases, however, we seek to understand the effect of changes and/or variability, in our input variables, on our output and conclusions. The most common technique is sensitivity analysis.

It is fitting here to define some terms. Sensitivity refers to the effect of changes in a variable on our output. For instance, what is the effect of a percentage change in

. Variability, on the other hand, refers to the variation, typically measured by the range, standard deviation, and variance of available data. Uncertainty implies probability of obtaining a particular result.

Sensitivity analysis answers the question, how much will

changes so much. It does not answer the question, how likely is the change to occur. For example, if you are analyzing the shift productivity of a truck haulage fleet, it may be very sensitive to the number of available trucks for a shift. But that doesn’t tell you much about how likely specific changes in fleet size, say due to failures, are to occur. That information will come from the variability of the available data. Both variability and sensitivity are, thus, important in determining whether a particular factor,

, is important in uncertainty assessment or not. That is, your shift productivity, using our earlier example, may be sensitive to the number of available trucks but that may not be an issue if your truck failure rates are low.

Why is it important to identify which variables are crucial for uncertainty analysis? Why not evaluate uncertainty using all the variables? The answer is cost. The more variables are included the more expensive the analysis becomes, with respect to computational time and analyst’s time. In most cases, experience with the system under study can help an engineer decide which variables are important. In a few cases though, either because the system is complicated or does not exist yet (say during the design or feasibility stage) other techniques may be necessary to identify these. If you find that you are not familiar with such techniques, it may be time to call someone or a consultant with the right expertise.

Your comments and questions are welcome below.